4/18/2016
During the week of April 3rd, we had a very strong cold front with North winds and single digit temps overnight which produced a skim coat of ice 2 more times. This weather really slowed down the arrival of the other Loons. 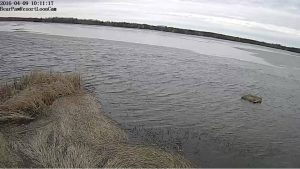 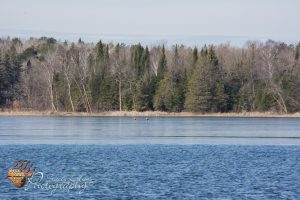 On Tuesday the 12th, the winds turned from the south bringing us a nice warm front and better conditions for migration. As Joel and Michael were putting the docks in they heard flight calls from several more loons arriving. Now we hear a male at the south end calling and another on the north end. At this time we have confirmed that the Loon that first arrived is Papa.

Now that there are a few more Loons here their chorus of calls has begun. They locate their spouse with their own unique call. Even though they all sound similar to us, they are like a fingerprint ~ none are the same in Loon language.

As evening fell I made my routine walk down to the lake to capture another beautiful sunset and right out front was Papa Loon. His head was held high at attention and then all of the sudden he laid flat into his attack sneaky mode. Loons are barely visible in this position and have to take this approach to sneak up on intruders. 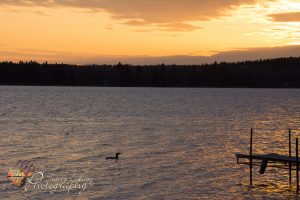 I followed him with my zoom lens and he met up with another Loon towards the inlets. Rather than fight, they performed a courtship dance dipping their bills into the water while they swam in circles. I am suspecting that Mama has arrived.

On the morning of Wednesday the 13th, I saw some swans near our docks so I headed down to the lake for a few pics and here comes Papa Loon in his flat position.  He went in-between each of the Swans and made a big splash causing them to swim faster down the shoreline.  Papa continued this behavior until he successfully pushed all the swans out of “his” nesting territory. 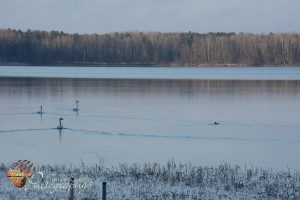 During the sunset I could see 2 males in a fight, you can verify this from the male warning calls as the female watched from the “sidelines”. This fight was very intense and lasted over 15 minutes. It’s not uncommon to see many fights among the Loons early in the season as the bachelor Males are looking for a mate and they will fight for one.  After watching them chase for a few minutes, and totally shocked that they were still at it, I decided to record some of this for you. 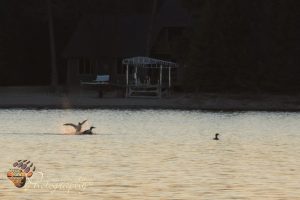 Wonder if Mama feels pretty special having these two hunks fight over her or yet fearful, of losing her mate while she watched from nearby? 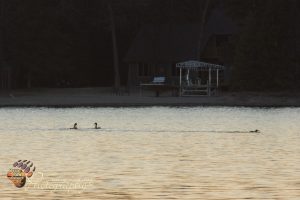 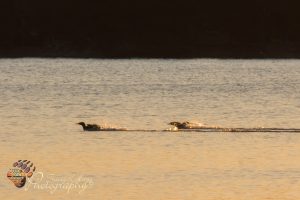 I was so amazed that after all the miles they traveled from the Gulf, that they had any energy left to fight, although Papa has been here for 15 days so he was probably well rested. Once the fight was over the intruder Male finally retreated and “our” pair started their courtship “hoots”.

During the morning of Thursday the 14th,  to my delight they were at the nest and soon after, Mama went up onto the nest cooing. The nesting cycle had begun. 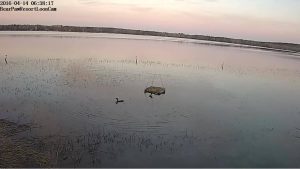 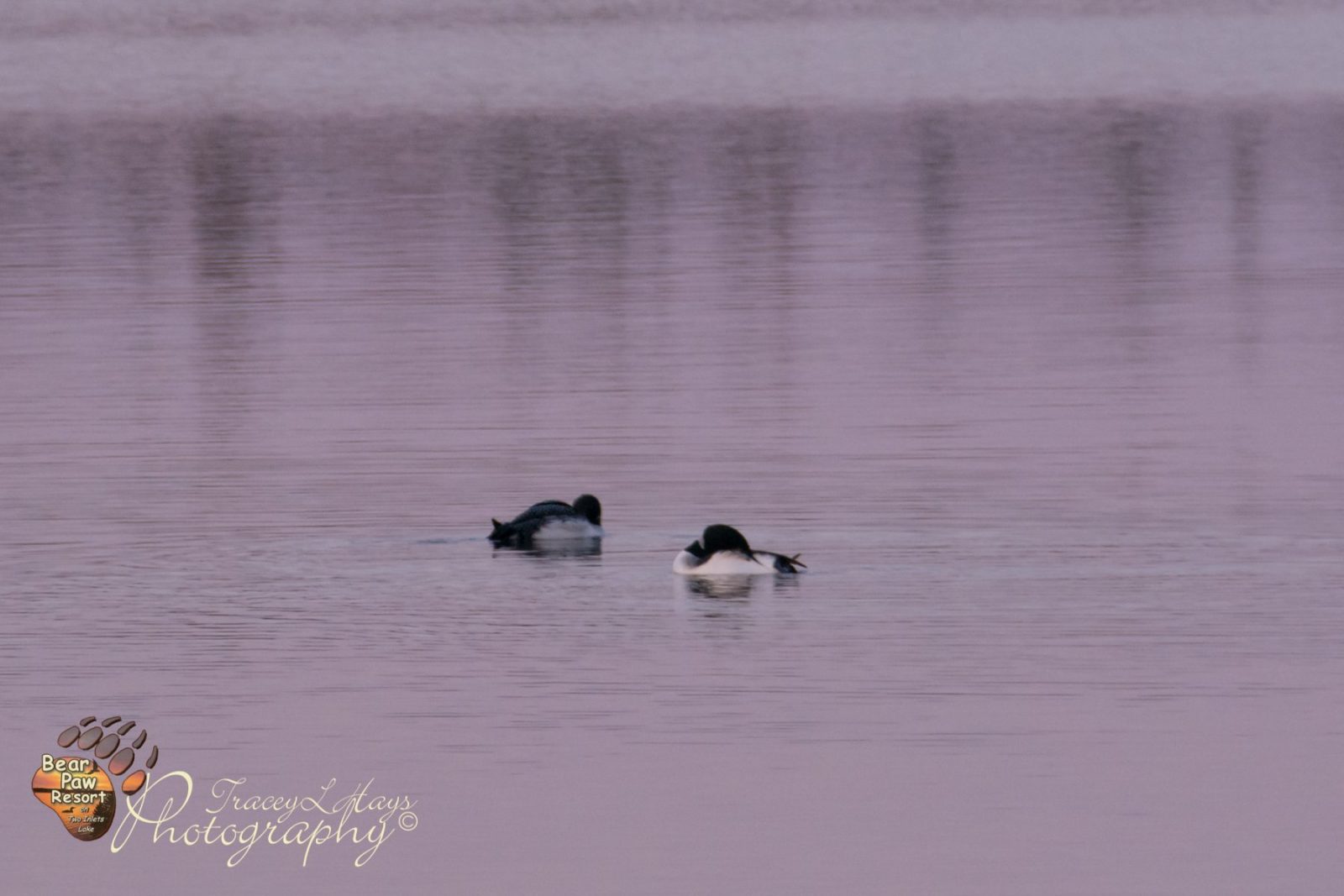 The egg(s) will be next. Stay tuned ~ Tracey 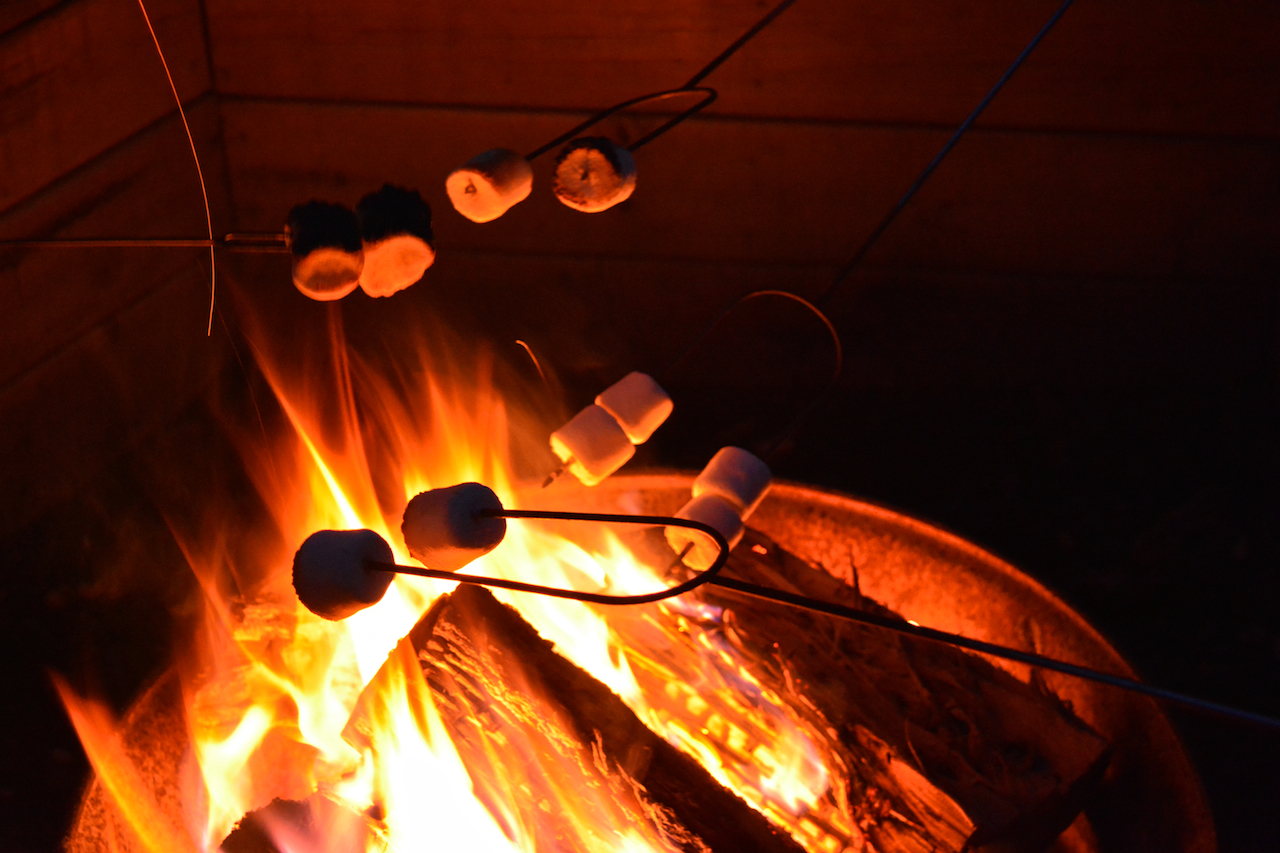 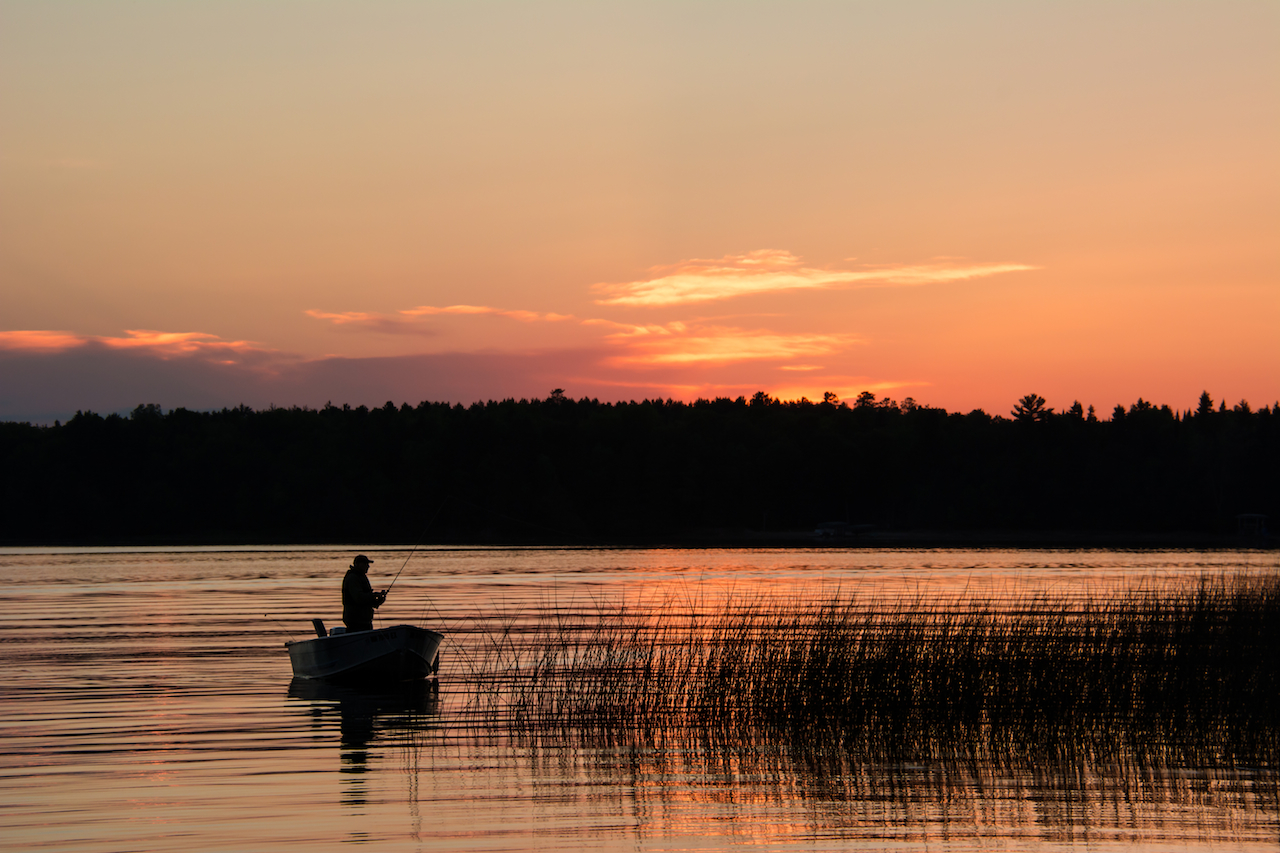 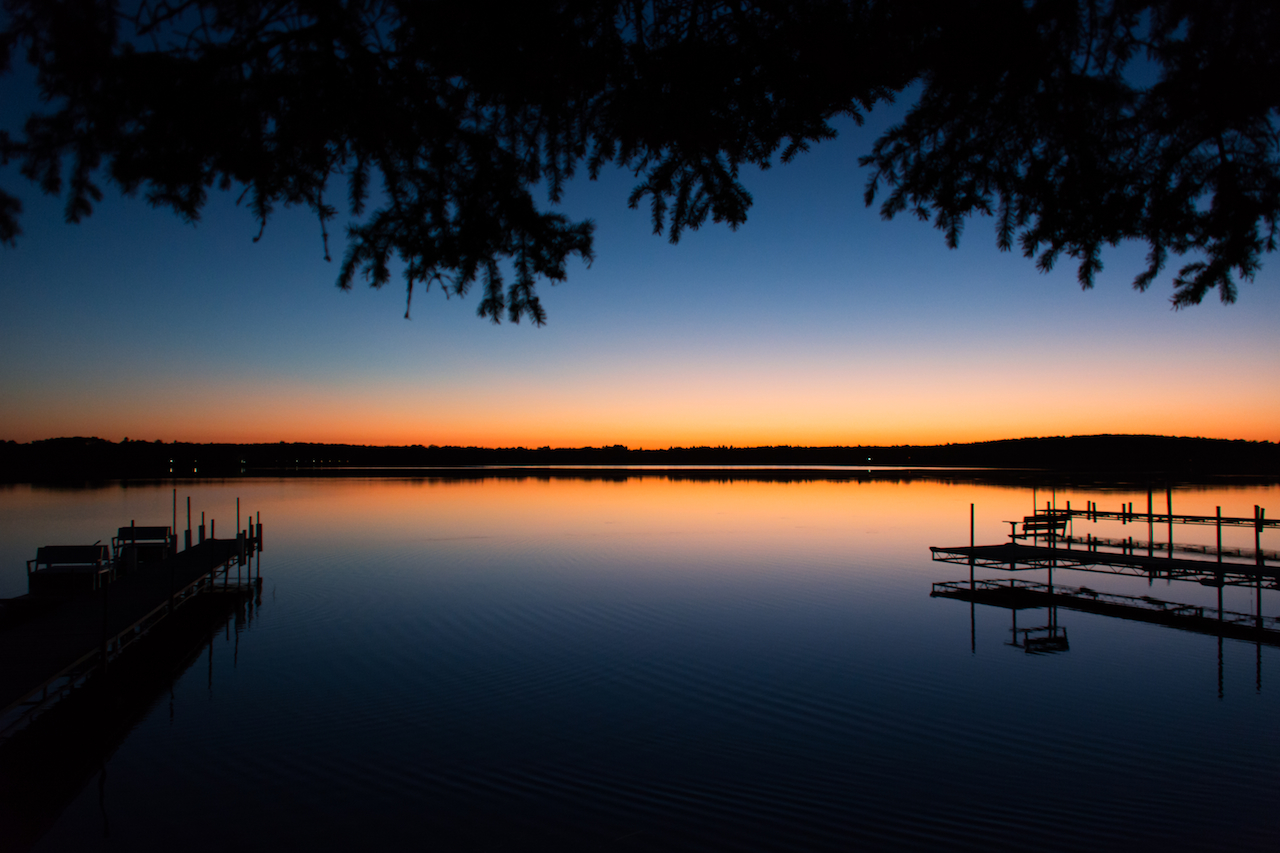 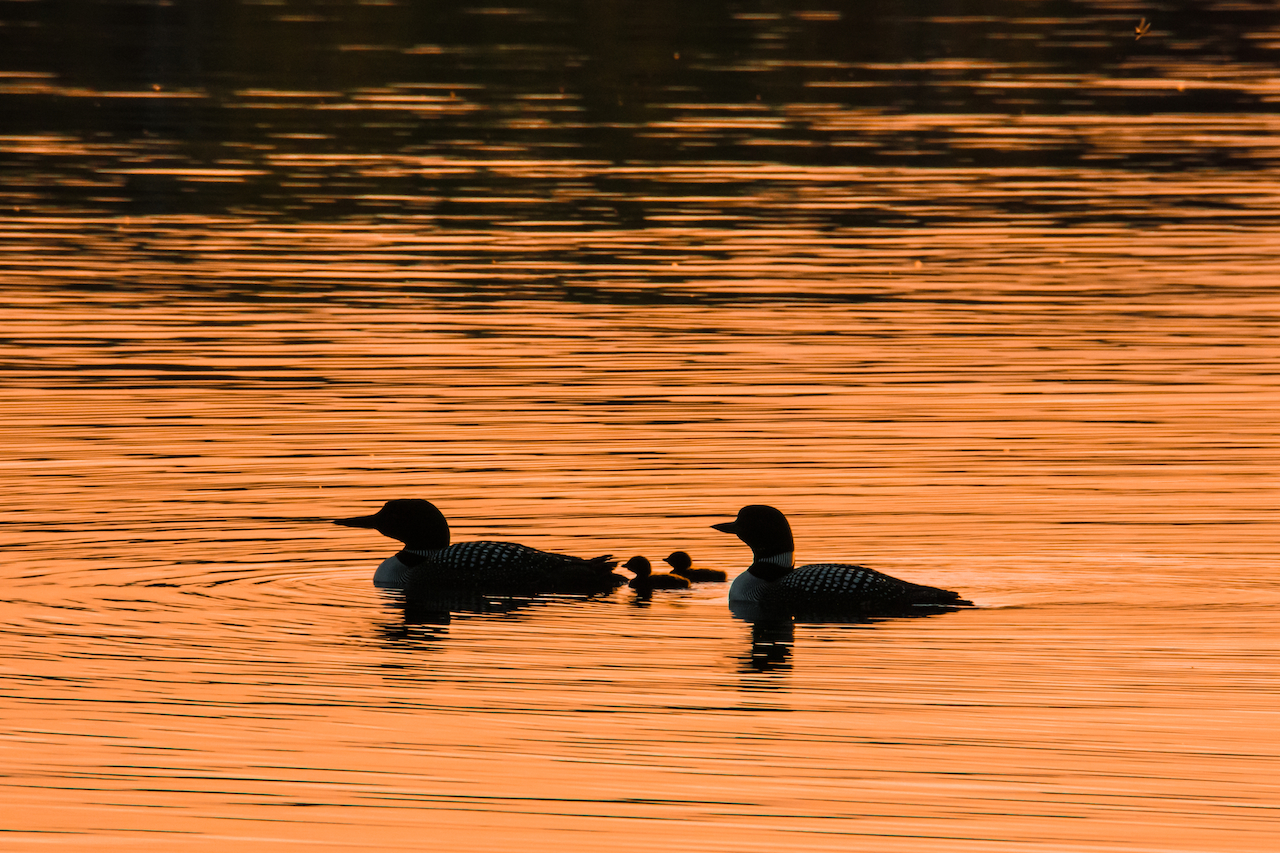 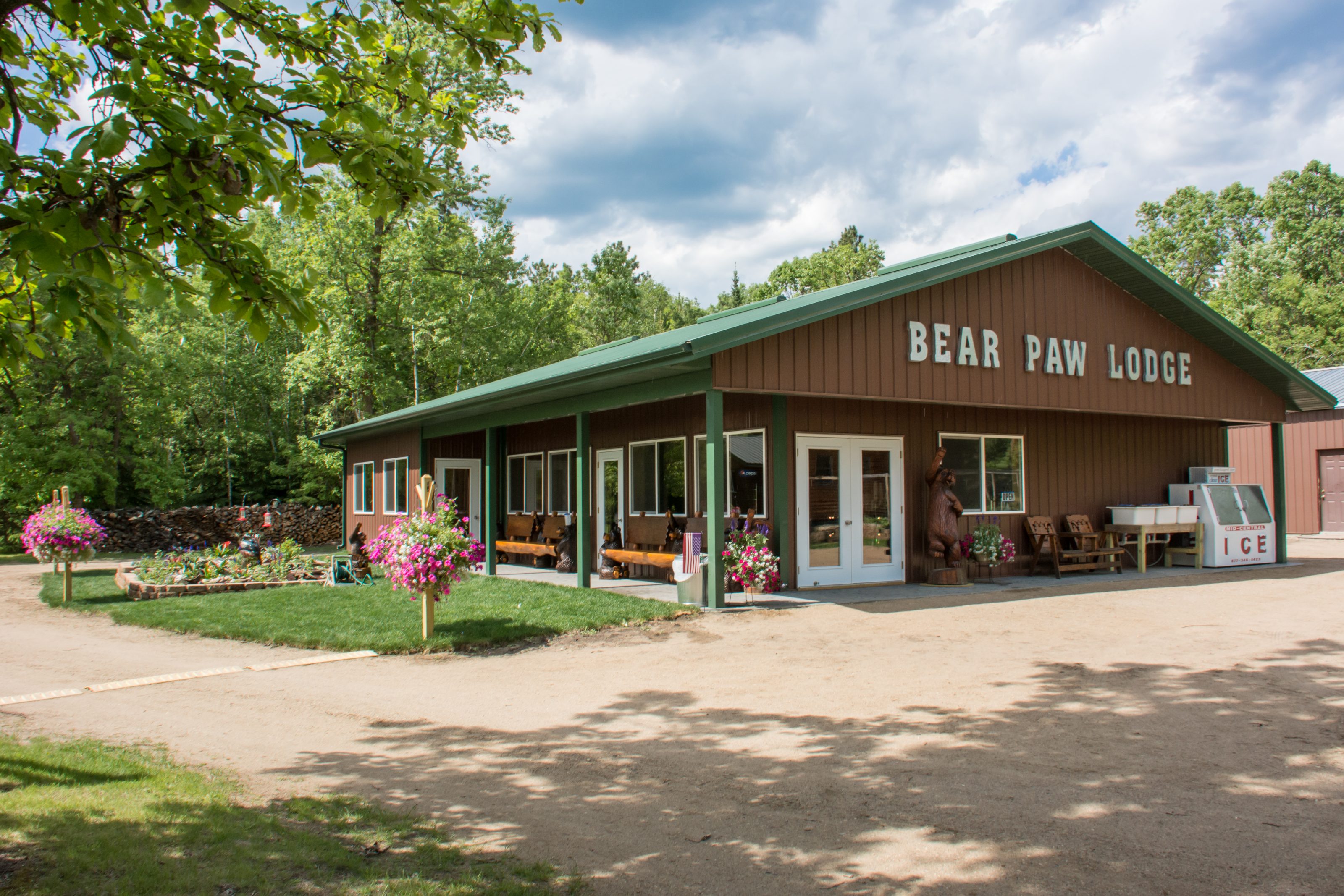